He was born on June 24, 1924 in Tarentum, a son of the late Howard and Alice (Shuster) Johnston. He was a graduate of Tarentum High School.

After high school, Bob enlisted in the Navy in October, 1942. After attending corpsman training, he was transferred to the Fleet Marine Corps at Camp LeJeune, N. C.  From there he became part of a new battle-ready 6th Marine Division. Bob was corpsman for his platoon in Okinawa. He sustained an injury from sniper fire and received his Purple Heart after his honorable discharge in February, 1946.

After his service in World War II, Bob graduated from Julliard School of Music in New York City in 1951. As a professional singer, he performed in musicals in New York and New England. It was at Papermill Playhouse in New Jersey that he met Dolores Micheline and they later married in 1956 after a few years of performing together.

Bob and Delores moved to Danville around 1959 as Bob started to work at Merck’s Cherokee plant in Riverside and then created the Artificial Kidney Unit at Geisinger in 1965 and remained there as director of the Dialysis Unit until 1979. He then returned to Merck until his retirement in 1992.

Bob was the proud father of five sons. He continually was engaged in his family and in music throughout his life and spent many years with the Danville Community Singers, the American Legion Band, the Susquehanna Chorale, and several other venues including his church’s choir.

Those who knew Bob will miss his memorable baritone voice, his humor and wit, his warmth, laugh and smile. He enjoyed his family at every chance he could which also included hunting. He would break into song frequently which usually included show tunes or songs from previous concerts. It was the immortlity of these memories and spirit that provides solace.

Bob was a member of Queen of the Most Holy Rosary Catholic Church, Elysburg.

Bob is survived by his wife Delores, his children: David Johnston, Robert Johnston, Chris Johnston and his wife Betty, and Edward Johnston; nine grandchildren and one great-grandson. He was preceded in death by his son Mark S. (Jeanne) Johnston in 1998.

A Mass of Christian Burial will be celebrated on Saturday at 12 noon in Queen of the Most Holy Rosary Church, 599 West Center Street, Elysburg, by his pastor, Rev. Joseph T. Scanlin. Interment will follow in All Saints Cemetery, Ralpho Township.

To plant memorial trees or send flowers to the family in memory of Robert Johnston, please visit our flower store.

Dolores and Family, Please know you are in my thoughts and prayers. 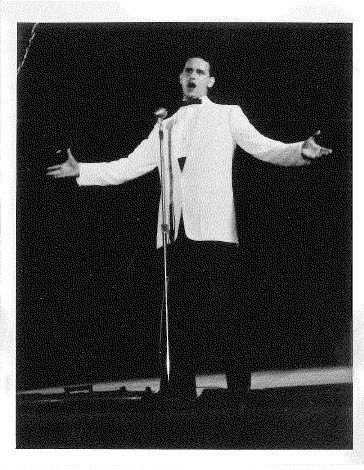 Queen of the Most Holy Rosary Catholic Church