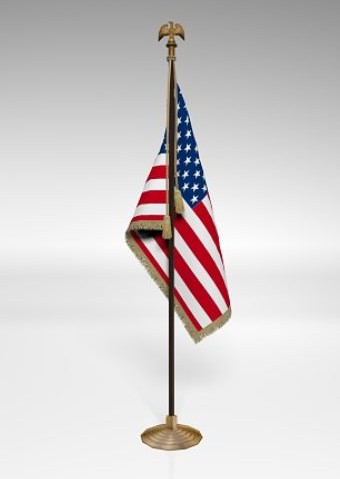 Charles W. “Chip” Marks, age 77, of 312 Lick Run Road, Bloomsburg died Sunday morning, September 11, 2022, at the Geisinger Medical Center in Danville where he was a patient.

Born in Bloomsburg on March 23, 1945, he was a son of the late Warren and Bessie (Funk) Marks. He spent most of his life in the Bloomsburg area and was a 1963 graduate of Southern Columbia Area High School. He was an outstanding soccer player and wrestler in high school.

Following high school, he enlisted and served in the United States Army and later the Army Reserves.

Chip was employed in the Maintenance Department of Bloomsburg University as a painter for 35 years.

He enjoyed NASCAR racing, sports of all kinds, watching television, especially “The Pickers”. In his younger years he also raced at the Numedia Drag Strip. He was hard working and enjoyed working on his farm and caring for his horses. He was an excellent carpenter and enjoyed helping others. Chip was very patient with everyone.

In addition to his parents, he was preceded in death by a son-in-law, Clinton Haines.

Chip is survived by his wife, the former Alyce J. Gearinger, with whom he celebrated their 52nd wedding anniversary on July 4, 2022; two daughters, Lisa E., wife of Brian Cooke, Bloomsburg and Kerry J. Haines of Middleburg, a son Chad W. Marks and his fiancé Danielle Hampton of Bloomsburg, seven grandchildren, two step grandchildren, one great-granddaughter, a sister, Patricia Doraski and a brother Raymond John Marks and his wife Cecelia "Cookie", all of Catawissa and a number of nieces and nephews.

A Celebration of Life for Chip will be celebrated on Saturday, October 8, 2022 at noon in the Lime Ridge Community Hall, Fourth Street, in Lime Ridge.

To the Marks families,
Our Sincere Condolences🙏🏼

My deepest condolences and comforting prayers to Alyce, Lisa, Kerry and Chad and the rest of the family during your time of grief. Chip was a caring husband,father, grandfather, brother and friend. He will be missed by so many.

Sorry for your loss. Our thoughts are with you all

Alyce and family, My heart goes out to all of you for the loss of such a kind husband and father. I hope your memories sustain you all in this difficult time. I know Dan will be there to greet him

Our deepest sympathy to all the family

A candle was lit in memory of Charles Marks

Alyce, please accept my deepest condolences in the passing of your kind and honorable husband.

Lisa and Kerry, I’m so glad that your father blessed you with great family love and memories. Please accept my deepest sympathy.

A candle was lit in memory of Charles Marks